How not to be a money launderer First Edition 25th Anniversary e-book.

How not to be a money launderer was, quite probably, the most influential book about money laundering risk and compliance ever published.

In many respects it still is.

Now, for the first time since 1996, you can get a facsimile of the original book, with its original cover grafted on, as an e-book.

If you don't know how influential this book was, indeed remains, read on. 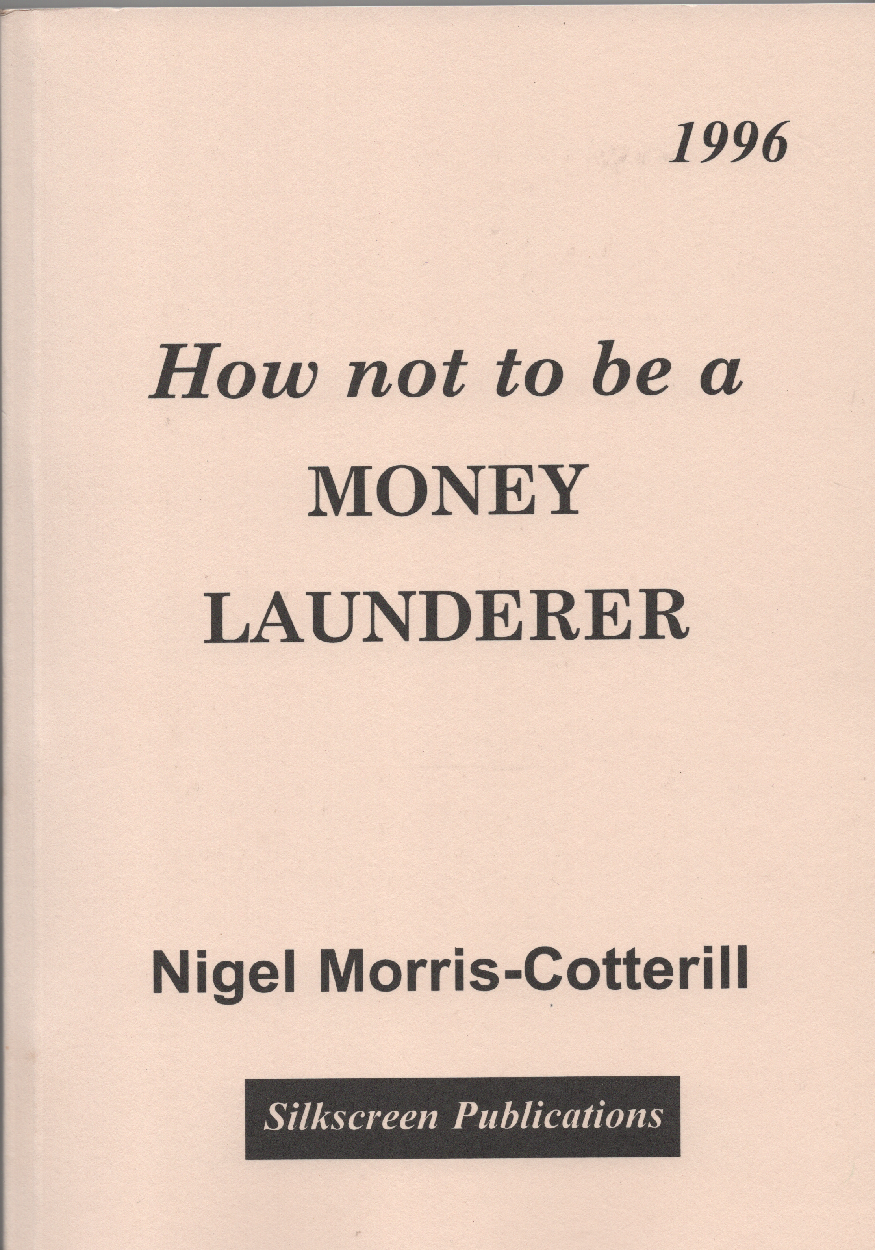 Do you want to know that two copies of this book were hand carried 7,000 km from London by the mother of the man who was writing the law for a South East Asian nation?

Or that several investigators, in tax and other crimes, have said that they went into financial crime in part because this book made it so accessible?

Or the tax investigator that said that it was "the most thumbed book in our office?"

How about that it was the first textbook on financial crime risk and compliance in the English Law Society's Library or that, because of that, discussions with the author informed the then Regulator's development of the "Blue Card" issued to all solicitors?

Legal Abacus, the professional journal of the Institute of Legal Cashiers said that it was a book that "everyone in business should read." The Daily Telegraph said "there's a lot of valuable stuff in here."

Do you want know that a jealous author of a book that was plagiarised from Morris-Cotterill's work elsewhere wrote an anonymous a libellous "review" on Amazon - even though he had never seen a copy of this edition - and that Amazon, which rejected it when it was offered to them in 1996 has never sold this edition. Or that Amazon has refused for well over a decade to remove the false and fraudulent comments?

Would it interest you to know that the book covers so-called trade-based money laundering, years before someone gave it a name?

Or that, in 1996, it focused on risk - again years before someone decided there should be a "risk-based approach?"

Or that it dealt with people trafficking and sex tourism including the worst kind of child abuse, more than two decades before it became a hot topic?

There is a list of business areas that are at risk - and even today, a quarter of a century later, some are being discussed as novel areas for money laundering.

Given all of that, are you surprised to learn that it covered virtual currencies?

Would it amuse you to know that the Irish Times used a slide of the cover for a backdrop for a photoshoot of the author - but "arty" lighting and cropping left the image with just his face and the words "Money Launderer" visible? Or that that image is the one that conference organisers always seem to choose when they look for one on the internet?

We can't give you a sample of the original board that was used for the cover: it was chosen because it is paper but it has the texture of skin. A report reached us of a man in a bookshop in London's legal district stroking it as he browsed.

If you are in financial crime risk and compliance, this book is where you came from.

It's just that you probably don't know it yet.

The first edition had a limited print run of 400 copies. It sold on every continent except Antarctica. And it sold out in a few weeks. It was never reprinted and it has never been made available as an e-book.

The 25th Anniversary Edition is the original print file, with the original front and back covers grafted on. In addition, there is one page inserted: it's a graphic that is referred to in the book, included because the original link is dead.

How not to be a money launderer.
Nigel Morris-Cotterill